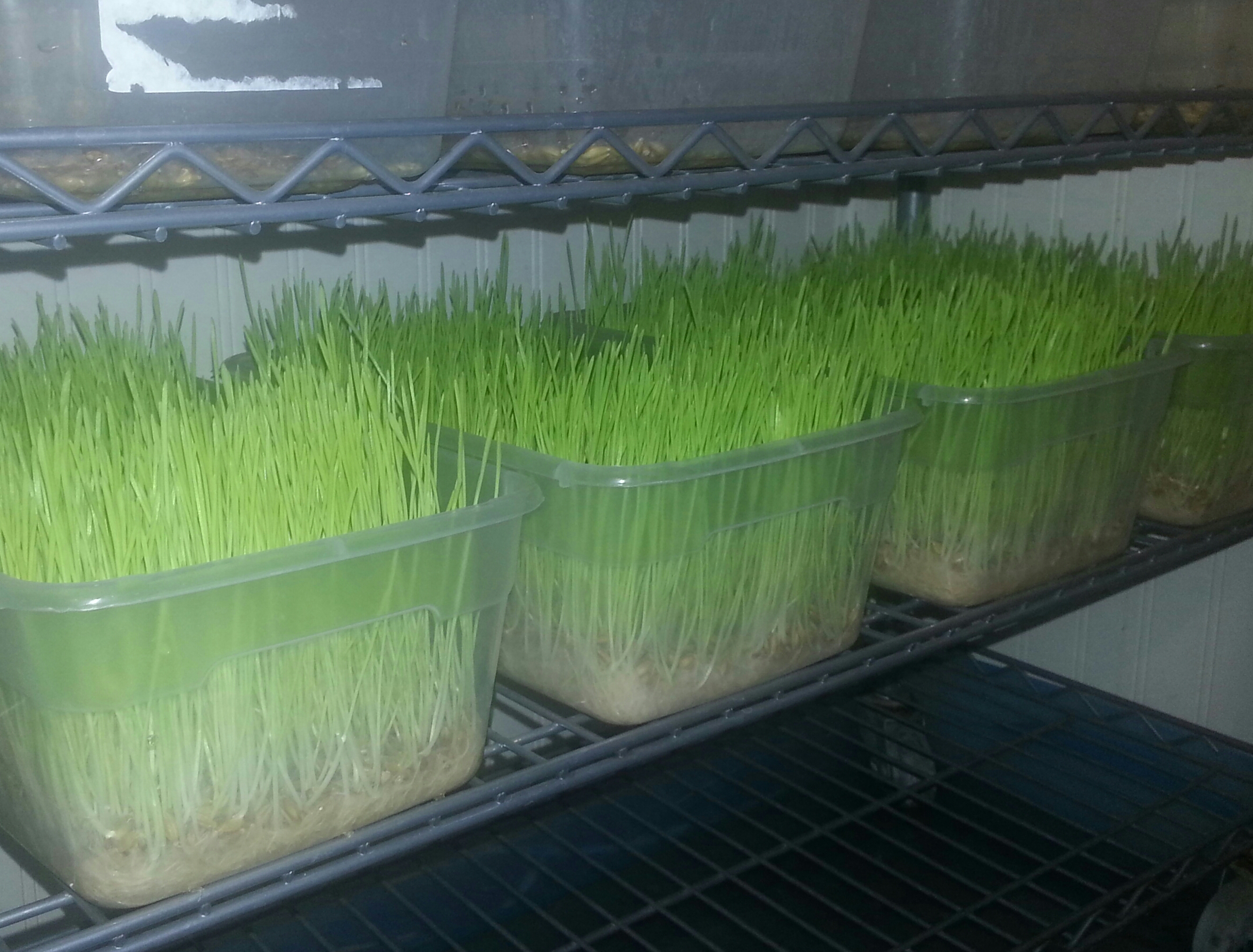 Growing fodder is an economical way to feed animals

Fodder is growing in popularity with urban farmers.  Many people who raise urban livestock are motivated to cultivate meat, milk and eggs as naturally as possible.  What 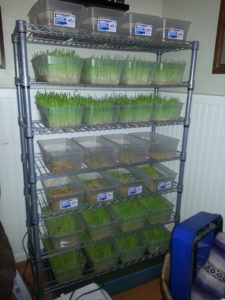 the animals eat plays a big role in producing a vigorous flock and healthy products.  The commercial feed market has responded by producing organic options. But they tend to be more expensive than their conventional counterparts.

Lewis and I joined an organic feed co-op, which knocked the price down a bit.  But the cost was still high enough to make it cheaper to buy organic meats than to raise them ourselves.  We began to look for other options.

One effective solution was to sprout grains and occasionally grow them to a height of several inches for fodder. My chickens enjoyed free-ranging and dining on scraps from the garden.  But our property was not large enough for them to find enough forage to offset many of their nutritional needs. In the summertime, most of the garden scraps were poisonous, primarily tomato vines and other nightshades.

Fodder is sprouted grains for livestock. Sprouting grains was an easy way to provide fresh, nutrient-packed greens during the lean months. They were simple to grow by placing seeds and water in a sterile dish.  We changed the fodder water daily, but otherwise left them alone.

What I loved about sprouting was that, with just a little bit of effort, the birds were able to receive more nutrition from the same amount of unsprouted seeds.  The boost in nutrition in is due to the increased enzyme content in sprouts, which makes the grains more digestible to the birds.

Getting more out of fodder 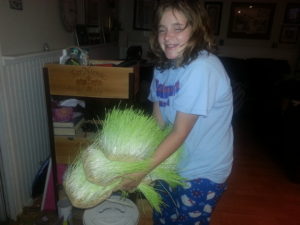 Sprouts can be produced in just a few days, but if you wait a week you can grow them to full fodder length of about four inches.  This increases the volume and nutritional value of the feed significantly, by just adding water, natural light and time.  Fodder looks like a mat of grass, and chickens love to pick at it.  I found that goats also ate fodder, but only if I broke it up and mixed it with their regular alfalfa.  If I put a fodder mat on the ground, they wouldn’t touch it. I suppose this is normal for goats who like to forage for treats at eye-level.

My system for growing fodder was pretty simple.  It consisted of plastic shoe boxes in which I had drilled small holes for drainage.  The boxes were seeded by covering the bottom of each container with a single layer of seeds.  The fodder grains were watered and drained several times a day until they grew to a height of about four inches.  The fodder was then removed from the container and delivered to the hens or the goats.  Between sprouting sessions, I washed the containers in the dishwasher on the sanitary cycle.